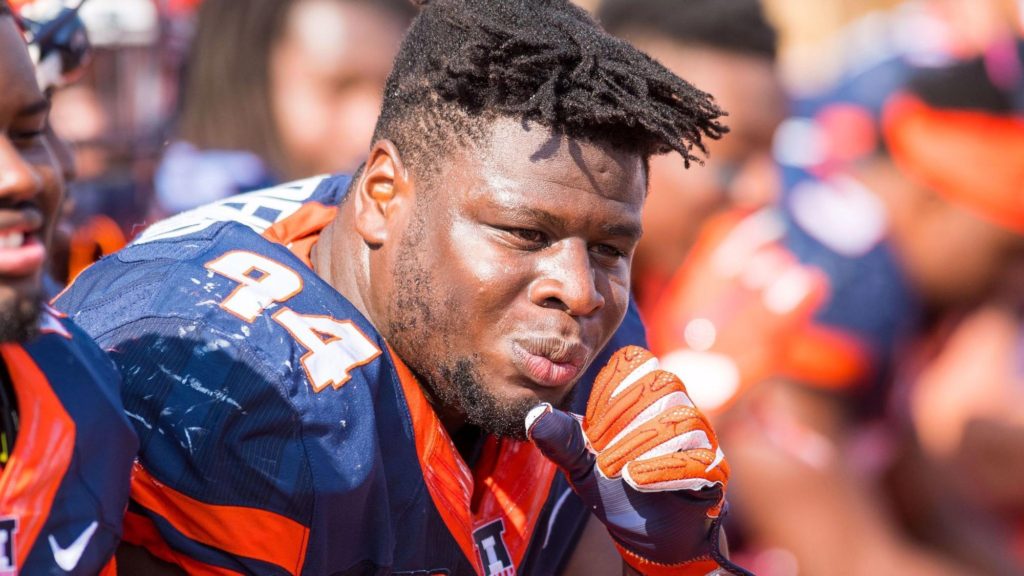 Miami has added a former Illinois defensive tackle as a graduate transfer, according to recruiting websites on both sides of the move.

A UM spokesperson said the school couldn’t confirm those reports.

Odenigbo, listed at 6-foot-3 and 290 pounds, started four games at tackle last season and played in 10. He tied for second on the Illini with 4.5 tackles for loss, had 29 tackles, one sack and two pass break-ups.

Miami is in need of depth at defensive tackle. The Hurricanes lost starters Kendrick Norton and RJ McIntosh, both of whom skipped their senior years and declared for the NFL Draft. Senior Anthony Moten, a reliable player, graduated. Little-used reserve Ryan Fines transferred.

UM gets Gerald Willis, a troubled former blue-chip recruit, back from a year-long absence; he left the team for a stretch last summer because of what the team called personal reasons, returned and worked on UM’s scout team last fall. Given his practice performance — coach Mark Richt called him a “terror” — it would not be a surprise to see the redshirt senior play a primary role in 2018.

Others pushing for that status include junior Pat Bethel, 6-5, 300-pound sophomore Jon Ford, any freshmen UM signs (four-star Army All-American Nesta Silvera is committed, and the Hurricanes are recruiting four-star Kissimmee-based Dennis Briggs and others), redshirt sophomore Tyreic Martin (yet to make his debut in a game) and of course, the new grad transfer.

Odenigbo — first name Otitodilinna — grew up in Centreville, Ohio and was an Illini fan. One of his brothers, Ifeadi, played defensive end for Northwestern and spent time last year on the Minnesota Vikings’ practice squad. He turns 22 in July. His last name is pronounced oh-DEN-uh-bo, according to Illinois.

According to a Q&A he did with the Champaign News-Gazette last November, he seems to have some old-school taste in pregame music (or enjoys pulling the wool over reporters’ eyes).
Odenigbo was viewed as a key defensive transfer from Illinois, which finished 2-10 last year. He was ejected from his last game with the Illini for tossing a flag back at a referee.

2017 Junior
Played in 10 games with four starts at defensive tackle
29 tackles (10 solo), 4.5 TFLs, 1.0 sack, two pass breakups
Tied for second on the team in TFLs (4.5)
Second on the team in TFLs during Big Ten games (4.0)
Blocked a field goal at South Florida and added four tackles, 1 PBU and 0.5 TFL
Career-high six tackles at Minnesota
Transferred following the season
2016 Sophomore
Played in 11 games with one start on the defensive line
Started at defensive tackle at Michigan, his first career start
15 tackles (4 solo), 2.5 TFLs, 1.0 sacks on the season
Career-high three tackles against Western Michigan and Iowa
Career-high 1.0 TFLs against Murray State and Iowa
First career sack in the opener against Murray State
2015 Redshirt Freshman
Played in six games
Three tackles (one solo) and 1.5 TFL on season
Two tackles and 1.0 TFL against Western Illinois
2014 Freshman
Redshirted the 2014 season
High School
Three-star recruit by ESPN.com, Rivals, Scout and 247Sports
Ranked the No. 69 defensive end in the nation by ESPN.com
Ranked the No. 39 player in Ohio by ESPN.com
Had 63 tackles and 11.5 sacks in 2013 while leading team to an 8-3 record
Honorable mention All-State and first-team All-District in 2013
Had 43 tackles and nine sacks in 2012
Two-time first-team Greater Western Ohio Conference (GWOC)
Three-year letterwinner in track and field
Helped track team to runner-up finish at the 2011 OHSAA Division I state championships
Personal
Last name pronounced oh-DEN-uh-bo
Full name is Otitodilinna Odenigbo
Goes by Tito
Born July 13, 1996
Son of Thomas and Linda Odenigbo
Father graduated from the University of Illinois College of Engineering
Has two older brothers
Brother, Ifeadi, plays defensive end for Northwestern University
Attended same high school as NFL players A.J. Hawk and Mike Nugent, ESPN’s Kirk Herbstreit and former Illini OL Jake Feldmeyer
Says his high school track coach most influenced his athletic career because he kept him on track academically and was a mentor
Says he grew up a fan of the Fighting Illini and former QB Juice Williams
Enrolled in College of Liberal Arts and Science